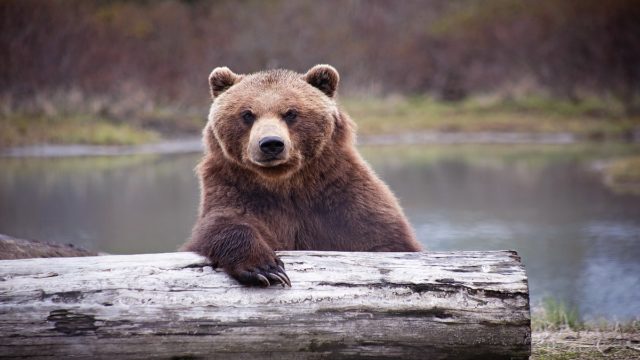 ASX markets have emerged from the extended Easter/Anzac Day public holiday and things are looking bearish.

The ASX 200 promptly dipped by +2% while the composite microcap Emerging Companies index is trading more than 3% lower — on track for its worst session since February 24 when Russia invaded Ukraine.

After getting the Monday off, local markets opened in the wake of a more positive session on Wall Street overnight.

But that followed a worrying selloff on Friday, as US markets slumped amid ongoing unease about the pace of Fed rate hikes, rising inflation and tighter financial conditions.

With that in mind, we thank the Stockhead reader in advance for allowing us a quick and easy bear segue.

Turning to Lake Tahoe, California, a local family recently discovered that the bearish noises emerging from underneath their house was in fact a bear (or bears — a mother and four cubs).

Mother bear evidently though the space below ground level marked a good spot to hibernate for winter.

Both humans and bears then happily, but unknowingly, co-habited the premises. The bear family is alleged to have stayed underneath the house for the last four months.

With the arrival of the northern spring, the human family then watched on as the bear family emerged from hibernation and headed back out into the wild.

The wild scene on the ASX this morning was marked by a major selloff across the mining majors, following a 9% drop in iron ore prices as China’s ongoing COVID-19 crackdown raises doubts about demand.

There were smaller falls across the other major sectors, with banking stocks less affected. The ASX Financials index fell by around 0.6%.

Spot gold prices have fallen back to around US$1,900/oz, following a strong rally by the US dollar in the wake of Friday night’s interest rate wobbles on global markets.

Just because the big end of town is struggling, it hasn’t stopped the usual round of activity among small caps as a number of stocks ripped higher on market-moving announcements.

The drill programs “delivered another excellent batch of gold results, significantly adding to the known mineralised envelope at the Capital prospect which remains open at depth and along strike”, BMG said.

PPH has appointed Goldman Sachs as a financial advisor, and said: “There is no certainty that these expressions of interest or approaches will result in any transaction.”

“The prior affirmation of the guidance range was driven by our confidence in the success of the inactivity fee project”, EML said.

However, its regulatory issues in Ireland have delayed approvals for its eurozone bond investments. The company also said that “deterioration in current FX forecast rates from the prevailing rates in mid February are driving approximately $1.5m of the guidance reduction”.