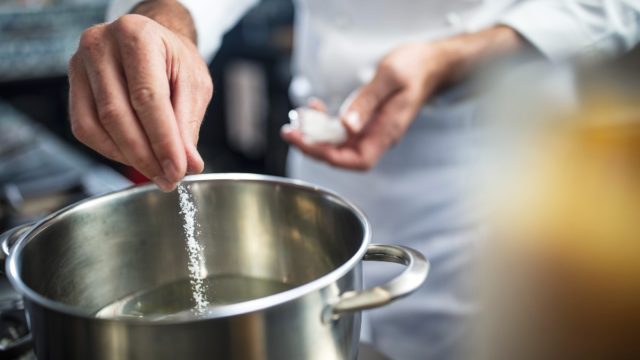 In what they claim is a world first, Japanese researchers have developed chopsticks that artificially create the taste of salt by using electrical stimulation and a mini-computer worn on the eater’s wristband.

Meiji University in Tokyo collaborated with food and drink manufacturer Kirin to develop the chopsticks, which are part of efforts to reduce sodium levels in some of Japan’s most popular dishes.

Sodium ions from food are transmitted through the chopsticks, to the mouth where they create a sense of saltiness.

And it’s been sweeter at the big end of town in Wednesday trade, with large cap stocks higher for the second straight day.

However, things were saltier for the juniors, where the ASX microcap Emerging Companies index has dropped by more than 1%.

The health sector is leading the gainers, up ~3.16% on the back of Ramsay Healthcare’s share price which jumped ~26% to ~$81.20 today after a takeover bid by US investment group KKR.

Overnight, US stocks had a solid session with all major indices climbing more than 1%.

The tech-heavy nasdaq jumped by more than 2% but could feel the weight of  Q1 results for Netflix in the next session, which reported a decline in subscribers for the first time in 10 years and got crushed in after-hours trade.

In cryptos, Bitcoin has gained ~1.44% to trade at $US41,376, while the Aussie dollar gained ground against all the major currency pairs this morning.


Petratherm (ASX:PTR) ripped higher after announcing it had uncovered a “major High-Value Rare Earth Discovery” at its Comet Project in the Northern Gawler Craton in South Australia.


Big River Gold (ASX:BRV) saw its share price jump after an offer to acquire the company from Aura Mining (TSX:ORA). Shareholders are being offered 36 cents in cash per share, valuing the company at ~$91.7 million.