Stockhead is written by Australia’s only team of full-time business reporters and contributors dedicated to covering emerging listed companies. Peter Farquhar
Editor
[email protected]
A journalist ever since news was printed on paper, Peter made the switch to digital in 2007, joining a fledgling news.com.au. Since then, he has specialised mainly in tech, news and business. He came to Stockhead in 2019 after a five-year stint at Business Insider Australia. In all his spare time, he manages an apple orchard in Tasmania, mainly for the cider benefits. Christian Edwards
Deputy Editor
[email protected]
Christian joins Stockhead via two years as a senior producer at Ausbiz TV and previous stints at the AAP, Agence France-Presse and the Xinhua News Agency. Covering ASX small caps, local and global markets, geopolitics and international trade, his work has appeared in the AFR, SMH, Daily Telegraph, The Australian, Le Monde Diplomatique and, naturally, The People’s Daily. He was the associate global editor at Business Insider. He wants us to add that he can speak a bunch of languages but there’s no time. Gregor Stronach
Production Editor
[email protected]
Gregor has been a journalist since the age of 11, most of that time spent writing about cars, motorcycles, parenting and serial killers (but not all at once). He’s a founding contributor to The Chaser, written speeches for federal senators and spent a decade lecturing post graduate Media and Comms at the University of Sydney. He’d also like to thank whoever recently broke into his crypto account for reminding him he has a crypto account. Josh Chiat
Senior Resources Reporter
[email protected]
With a background in history and communications studies, Josh spent four years as a reporter at the Kalgoorlie Miner and arrives at Stockhead after several years working across newspapers, sport and community engagement. Reporting from Australia’s unofficial mining capital, he wrote its weekly Mine Talk feature, and was a regular contributor to the West Australian’s business section. A passionate soccer player and coach, he will never consider selling his West Ham United stock. Bevis Yeo
Journalist
[email protected]
Bevis has more than a decade of experience covering energy and resources news in Australia with a particular focus on oil and gas. He is a former editor of Energy News Bulletin and is based in our Perth Office. 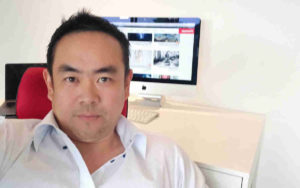 Eddy Sunarto
Journalist
[email protected]
Eddy spent the best part of the last decade in Tokyo and London, gaining experience at investment banks and learning hands on about the financial markets. He’s always been an enthusiastic follower of Australian equities, even when living overseas. Now back in Australia, he joins Stockhead keen on applying his market knowledge to cover breaking news on multiple ASX sectors. Emma Davies
Journalist
[email protected]
Emma has been writing about resources for the past five years – give or take a year when she had a short stint as the editor of a national education paper. In her spare time, she writes about women in sport with work published in Foxtel Magazine and the Women’s Game. Jessica Cummins
Journalist
[email protected]
Jess started her career at the Kalgoorlie Miner back in 2017, where she reported on stories within the arts and education news rounds before ending up at Proactive as a financial journalist. Working out of Stockhead’s Perth office, Jess has a double degree in journalism and PR as well as a Masters of Marketing from Curtin University. Nadine McGrath
Journalist
[email protected]
Nadine is a Brisbane-based journalist with a keen interest in financial markets and the economy. Her media career kicked off as a rural reporter with WIN Television progressing to News Ltd and Australian Associated Press. She’s also worked on the other side in public relations. Nadine has a keen interest in seeking out and telling stories from ASX-listed small and midcaps across a range of sectors. In her spare time (!) she’s mostly bossing her three teenagers around and if that all becomes too much she’ll head out for a run or hit the yoga mat.

Barry FitzGerald
‘Garimpeiro’ columnist and host of ‘The Explorers’ podcast
Barry has covered the resources industry for 35 years and has written for The Australian, The Financial Review and The Age. The inaugural winner of the Diggers & Dealers Media Award in 2003, Barry is a committee member of the Melbourne Mining Club, a non-profit organisation formed to foster industry debate.

Tim Boreham
‘Dr Boreham’s Crucible’ columnist and host of ‘The Health Kick’ podcast
Tim is one of Australia’s best-known small-cap share analysts and business journalists. He has more than 30 years of experience writing for major business publications. He is known for the highly-respected Criterion investment column which ran for many years in The Australian newspaper.

Peter Strachan
Host of ‘RockTalks’ and the ‘Rock Yarns’ podcast
Peter Strachan is a capital markets veteran, resources analyst and lover of the oil and gas game. The brains behind the popular weekly StockAnalysis investment letter, which launched in 2003, Peter has worked in capital markets for over 35 years, and is a qualified metallurgist and geologist.

Oriel Morrison
Host of Stockhead’s VCons and ‘On the Bid’
Oriel Morrison is one of Asia’s most well-known business journalists, with over two decades of business and financial news reporting experience.  Oriel hosts global conferences and events, and often speaks on topics including geopolitics, finance, markets and news. For the past 12 years, she has anchored top rating global finance shows CNBC’s Squawk Box and CNBC’s Street Signs. She joined CNBC from Bloomberg, where she was a reporter and host for Bloomberg Television and Bloomberg Radio.  Prior to that, she was with the Nine Network, as a presenter on the Today Show and Business Sunday, and has also been a regular presenter for Sky Business News and various Channel 7 news programs.

The Secret Broker
After 35 years of stockbroking for some of the biggest houses and investors in Australia and the UK, the Secret Broker is regaling Stockhead readers with his colourful war stories — from the trading floor to the dealer’s desk.

Guy Le Page
‘Guy on Rocks’ columnist
Guy Le Page is a director and responsible executive at Perth-based financial services provider RM Corporate Finance. A former geologist and experienced stockbroker, he is involved in a range of corporate initiatives from mergers and acquisitions, initial public offerings to valuations, consulting and corporate advisory roles. He was head of research at Morgan Stockbroking Limited (Perth) prior to joining Tolhurst Noall as a Corporate Advisor in July 1998. Prior to entering the stockbroking industry, he spent 10 years as an exploration and mining geologist in Australia, Canada, and the United States.