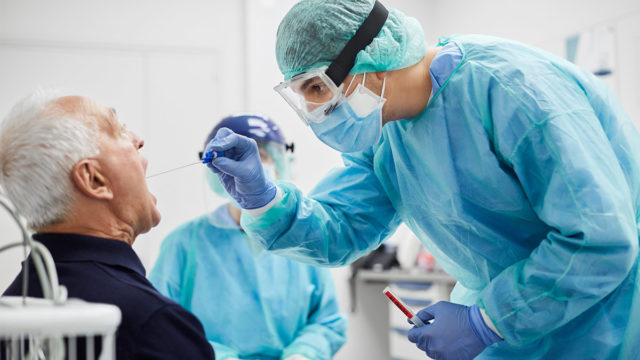 The company’s participation in the CLARITY 2.0 study has taken on increased importance as India deals with a major COVID-19 outbreak. Image: Getty Images

The company’s participation in the CLARITY 2.0 study has taken on increased importance as India deals with a major COVID-19 outbreak.

Biotech company Dimerix (ASX:DXB) is executing on a multi-channel development pathway for its proprietary drug DMX-200, with a core focus on inflammatory disease treatments such as kidney and respiratory diseases.

And as the COVID-19 outbreak in India grows more serious, the Australian invented drug is set to play a crucial role on the global stage as a potential respiratory complications therapy.

Speaking with Stockhead recently, Dimerix CEO Nina Webster provided an update on the company’s involvement in the CLARITY 2.0 coronavirus treatment study, which received approval from India’s Central Independent Ethical Review Board in March.

As Webster explained, the central goal of the CLARITY 2.0 study in India, in contrast to the REMAP-CAP study in Europe, is to develop a treatment that can help ease early-stage respiratory symptoms, to prevent a patient needing to move to intensive hospital care.

In a country such as India, with a population of more than 1.3 billion that’s currently recording more than 400,000 new COVID-19 cases per day, the importance of additional early-stage treatments is more prevalent.

Importantly, the current study builds on top of the initial CLARITY 1.0 study initiated last year, which is a crucial element for speeding up the clinical trial process.

“We’re effectively ‘piggybacking’ on the original CLARITY 1.0 study, which means those sites are already set up and the testing infrastructure is in place,” Webster said.

“So from that perspective it’s a much simpler process to get the study up and running, and to find treatment solutions for patients as well.”

Webster added that medically proven results from early COVID-19 studies show the use of angiotensin II receptor blockers as part of early-stage treatments solutions is “already having a positive impact” on symptoms.

Dimerix’s DMX-200 treatment works with those receptor blockers to further improve results, which bodes well for its inclusion in the CLARITY 2.0 study – as does its potential accelerated approval pathway.

For example, the primary end point health score (as defined by the World Health Organisation) for the combined treatment has been designated at Day 14.

“The follow-up secondary end points are around six months post treatment, but it is anticipated that we won’t have to wait for the full trial end-point before reporting on the primary endpoint read-out.”

Dimerix is also participating in the Europe-based REMAP-CAP study, which is already recruiting around 100 patients per day across the study as part of its treatment solution for later-stage COVID-19 symptoms.

And as India deals with its major case outbreak, the CLARITY 2.0 team expects recruitment numbers to also accelerate in the weeks ahead.

For Webster, it now marks an opportunity for Dimerix’s proprietary drug treatment to play a key role in critical COVID-19 health solutions.

“This is an Australian drug invention, being driven by an Australian company on the world stage that could help provide that solution,” she said.

“So we’re very excited for the CLARITY 2.0 study to start generating results in the months ahead in addition to preparing for our global Phase 3 study in FSGS.”