Australian Dairy Nutritionals is no longer just a dairy farmer, now it’s in milk powder too

The company reckons that buying, deconstructing and reassembling an existing facility at their Camperdown, NSW, dairy park will be cheaper — and quicker — than building one from scratch.

In doing so, it hopes to diversify its product offering and speed up its entry into the infant formula space.

“We were working on this contract late into the night and early this morning,” AHF CEO Peter Skene said at an investor briefing on Thursday evening.

“We want to focus a lot less on bottled milk and a lot more on formula as we shift towards becoming a nutritionals business.”

Pack it up and ship it

AHF didn’t say what country its new toy was based in, but it did say the plant was used by a company which supplied the Chinese market.

Mr Skene didn’t elaborate much further, but did reveal that it’s an English speaking country.

He did not say whether they were targeting the Chinese market, which has a daunting accreditation process for infant formula wannabes.

It was initially established in 2015 but the company in question “has since outgrown the production capacity”.

By transporting the plant, which includes mixing equipment, an evaporator and a dryer, AHF hopes to be producing infant formula by the middle of 2020. Relocation costs are estimated at $5 million.

The company’s board says it took heart from an independent expert review, which approved of the investment and broader strategic vision.

Final approval is still dependant on the outcome of formal due diligence, which AHF expects to be completed by the end of April.

Investors are increasingly watchful of opportunities in the infant formula market, given the lucrative potential of effective China export strategies.

And AHF wants in, sooner rather than later.

Mr Skene said it gives them the chance to get into the lucrative formula market and prove their brands before hitting investor up for money.

“It is a calculated opportunity to get into market at lower cost and a very high speed. The plant is currently in use. The business that owned it outgrew it in 18 months and it has made products to a Chinese standard already,” he said.

AHF said it was a “sensibly staged” way to get in without paying for a large expensive milk dryer.

Once constructed, AHF said the plant will have capacity to produce 400,000 to 600,000 tins of infant formula and other products per year.

AHF says it will be then be able to produce its own branded version of infant formula using organic milk from its own farms. 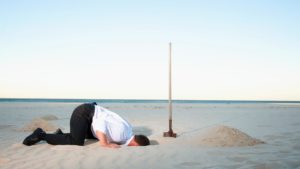