Asia is where health investors are making money this year

Asia is rising as a healthcare spender, matching incomes and the long-feared elderly population boom.

The region is a major part of a surge in health spending that is expected over the next few years, as rising lifestyle illnesses and ages combine just as incomes and health expectations are also lifting, according to a report from Deloitte.

For companies with a focus on Asia, such as contact lens maker Visioneering Technologies (ASX:VTI) or Green Whistle painkiller producer Medical Developments International (ASX:MVP), that bodes well as the private sector has money to spend — and the inclination to spend it.

Deloitte says healthcare spending globally is expected to rise at a compound annual growth rate of 5 per cent in the years from 2019 until 2023.

It says spending in 2019 slowed, likely due to currency shifts and decelerating global economic growth, but big annual increases from the Middle East/Africa (7.4 per cent) and in Asia (7.1 per cent) are set to buoy the global healthcare sector in 2020.

In China, particularly in the Hainan province, as well as in Thailand, Singapore, and other Southeast Asian countries, medical tourism is a major growth area.

“To meet rising demand from foreign patients, many private hospitals are planning to invest in expanding their medical facilities,” the 2020 Global Health Care Outlook report said.

It estimated a compound annual growth rate of 29 per cent in the next decade.

“In a broader effort to grow the industry, China’s government launched the Hainan International Medical Tourism Pilot Zone Scheme in 2013 and issued several supporting policies in 2018 and 2019,” the report said.

In November, regenerative medicine play Admedus (ASX:AHZ) won approval from the Indian regulator for Cardiocel, thus opening up an annual market of 50 million cardiac patients (as well as the medical tourism market).

The Deloitte report makes the obvious point that providing geriatric healthcare is likely a key concern for governments and health systems.

“The trend will be most noticeable in Japan, where the share of people aged 65+ is expected to reach almost 29 per cent by 2023; in Western Europe this is expected to be 22 per cent. Spending on the global geriatric care market (home health, remote patient monitoring, etcetera) will likely exceed $US1.4 trillion by 2023.”

In December, Austrade senior advisor Stan Roche told Stockhead he believed aged care in China to be one of the growth areas within the health sector where Australia could offer expertise.

Companies like Compumedics (ASX:CMP), which deals in high-tech brain imaging devices, and biotech Neuroscientific Biopharmaceuticals (ASX:NSB) are likely to play well in the aged care sector as they can help catch, and in the latter’s case cure, age-related diseases like Alzheimer’s.

Those targeting Japan are naming geriatric care as a key reason. Stem cell play Regeneus (ASX:RGS) is looking at osteoarthritis and Japan is a key market, while Cellmid (ASX:CDY) said in mid-2019 Japan was going bonkers for its line of hair-loss products.

Prevention is better than cure

The news that lifestyle diseases are rising will be familiar to investors in the health industries, but for the uninitiated, Deloitte has outlined why:

“Lifestyle-related factors including smoking, poor diet, hypertension, obesity, and lack of physical activity contribute to many of the top 10 global causes of death.”

As a result, Deloitte identified prevention as a key trend for 2020, as governments try to rein in later costs with earlier spending.

In Australia, Holista Colltech (ASX:HCT) is already targeting the obesity market in Asia with everything from diet noodles to low-calorie sugar, while GI Dynamics (ASX:GID) has a gastric stent that can help people lose weight, and deal with diabetes and sleep apnoea. 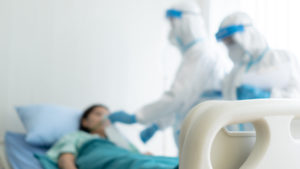