GOT GAS: Can Australia flex those hydrogen muscles?

The scenario, which sets out a future where Australia retains its place as a global energy resource provider – save with hydrogen rather than coal and natural gas – is decidedly ambitious and challenging as it requires a near quadrupling of National Energy Market energy consumption to support the export sector.

But there’s more – of all the scenarios considered by the AEMO, it is the only one that is consistent with limiting global warming to 1.5 degrees Celsius.

The important question remains though. Just how viable is this scenario?

In short, it’s going to be a long, hard slog.

Achieving this goal requires the combined efforts of government and industry, something which has not been the case to date.

Australia’s approach to hydrogen has been rather fragmented so far thanks in no small part to the previous government having more interest in keeping natural gas and coal going for as long as possible while paying lip service to meeting emissions goals.

There has been no grand strategy, with the Gratten Institute’s head of energy Tony Wood claiming that the grants awarded to date seem to have been done with an eye to buying votes above any other consideration.

Response from industry has been largely restricted to the smaller end of the scale with the majors just starting to dip their toes – or venturing into ‘clean’ hydrogen, which is a not-so clever name for blue hydrogen projects that produce gas from coal or gas and sequester or use the resulting carbon emissions to claim environmental acceptance.

But there’s still time for Australia to take its place as one of the world’s leading suppliers of green hydrogen. It’s just going to take a whole load of commitment and effort from all parties.

With green hydrogen production costs tied in large part to the cost of electricity – particularly from renewable sources – both government and industry will have to step up efforts to develop new solar, wind, wave and potentially nuclear power (if the European Union’s move to classify the last as being green is anything to go by).

Advancing technology will also help in this respect by reducing the cost of electrolysers – the other major cost of producing green hydrogen.

This will not be an easy goal but Europe is already keen to import hydrogen in order to reduce its dependence on natural gas. Particularly natural gas sourced from Russia, while South Korea has previously flagged its interest in buying the green gas from us.

Even if we don’t get to the AEMO’s lofty heights, there’s still a very good chance that we will still get a significant hydrogen export sector going by the time 2050 comes around. 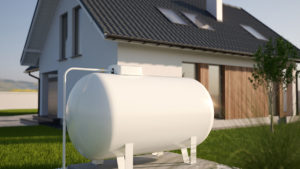