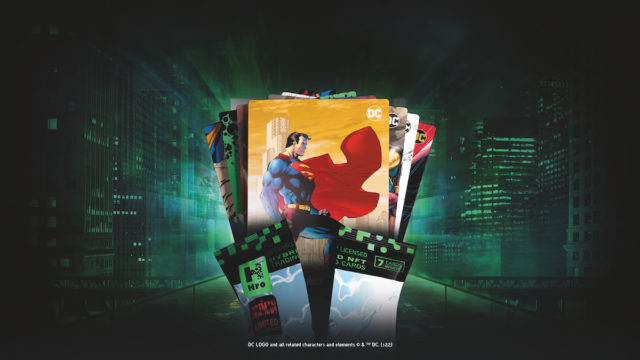 Crypto exchange FTX has made a major push into gaming, naming a Warner Bros. Interactive Entertainment executive as its new head of gaming partnerships for a gaming division.

FTX says the platform will allow “safe, compliant and effortless blockchain integration by studios and developers, creating player-first games that will allow users to have true ownership over their assets”.

Gaming has been one of the hottest sectors of crypto lately – but some might argue it’s been more hype than real.

No major studio has integrated crypto other than a small experiment by Ubisoft in Ghost Recon: Breakpoint, while play-to-earn games such as Axie Infinity have yet to catch on with first-world gamers. There’s also been a major backlash to NFTs among gamers tired of being nickel-and-dimed by microtransactions and pay-to-win mechanics.

But a number of crypto-based games are in development and launching this year.

“FTX Gaming,” FTX said, “will be focused on providing developers with the crypto infrastructure needed to safely and securely enable players to own, earn, buy, sell, lend, borrow, gift, and trade game assets inside and outside of the games themselves, as well as empower players to make informed decisions about where they want to spend their time and money.”

Sadin began his career in the gaming industry as a professional Magic: The Gathering player and is an avid collector of physical and digital goods, including games, comics, action figures and books, FTX said, “so he understands the appeal of digital asset ownership and exchangeability, and why it is so important for games in the future.”

Sadin most recently was the head of Warner Bros. Games’ Boston studio, where he led the team that launched the hit mobile game Game of Thrones: Conquest.

“We are thrilled to have Steve join FTX and lead our push into gaming,” said Amy Wu, head of FTX Ventures & Commercial. “Steve has run games that have been played by hundreds of millions of players and generated over $1B in product revenue, which makes him a great candidate for establishing partnerships with major gaming studios.”

Sadin “knows the industry so well, both as a player and studio head, and he knows what it takes to be successful,” Wu continued.

Sadin said in the announcement that the gaming industry was at a significant turning point.

“I am so excited that through our partnerships, we’re creating games that people will love for decades and we’re making it possible for developers to create in-game assets that players will pass down to their future grandchildren.”

Elsewhere in the space, leading playing card company Cartamundi Group and Warner Bros. announced at SXSW they’ll  will be launching a line of “hybrid physical and NFT trading cards” based on DC superheroes and supervillains using a platform created by Sydney-based Immutable.

Each physical trading card will feature a unique QR code that can be scanned using a new app called Hro, which will connect the physical card to its digital twin on Immutable’s Immutable X layer 2 carbon-neutral blockchain.

The cards will feature DC characters, including those from the new “The Batman” movie.

“As a company, we’re committed to bringing our partners and fans global unprecedented experiences and innovative solutions.” ‘

“Trading cards have been a favourite of fans for decades. Combining that enthusiasm for collecting with a custom NFT is just brilliant, and this program brings the DC brand to fans in a way that’s never been done before,” said Pam Lifford, president of WarnerMedia Global Brands and Experiences. “This platform will provide fans a whole new way to engage with their favourite characters from across the DC Multiverse and even expand their ability to interact with other collectors.”

The app will let users build a collection of rare DC art and movie memorabilia, explore DC content, compete on leaderboards and in challenges and unlock rewards and experiences.

Cartamundi has 3,000 employees around the globe and describes itself as the worldwide leader in playing cards. Its brands include Bicycle, Bee, Copag and Shuffle.