Revenue at entrepreneur Matt Barrie’s Freelancer.com fell 7 per cent to $24.7 million in the June half as revenue-per-user shrank.

Freelancer (ASX:FLN) claims to be the world’s most popular marketplace for crowdsourcing freelance work in areas such as design, marketing engineering and even manufacturing.

Some 27 million businesses have posted 13 million projects on the site since it was founded in 2009. It also operates a payments platform called Escrow.com.

Most of today’s revenue dip was in the online marketplace — the main labour market business — which generated net revenue of $21.2 million, down 8 per cent.

Freelancer shares fell 14 per cent to an intraday low of 51c after the results.

“Memberships unfortunately continues to be a drag on revenue,” Mr Barrie said.

“However it is important to note that the numbers of users on membership plan are in terms of count at an all-time high. However, they are on a lower value plan than previously.”

Net revenue for online payment services, the company’s Escrow.com, was up 11 per cent to $3.5 million.

However, gross payment volume was a record $364 million for the six months, up 25 per cent and operating cash flow was positive at $400,000. 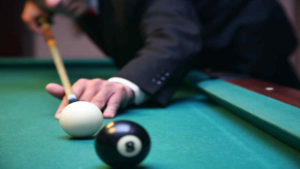