Valor has started a 2,500m diamond drilling program to test the extent of uranium mineralisation at the S-Zone within its Hook Lake project in the Athabasca Basin, Saskatchewan.

While the drill program will also test the geochemical and structural V-Grid target, the S-Zone is of particular interest to the company courtesy of intriguing surface mineralisation with rock chips returning up to 59.2% U3O8.

Valor Resources (ASX:VAL) has good reason to be excited about this program given that the Athabasca Basin is home to some of the highest grade uranium production in the world with an average grade of over 2% U3O8.

“Following the 2021 exploration program which included on ground field work, various airborne surveys and a review of historical data, the Company is excited to commence drilling at the Hook Lake Project,” executive chairman George Bauk said.

“The Hook Lake project has many prospective uranium targets with the team prioritising the S-Zone and the V-Grid as the initial two areas of focus. The S-Zone has known surface mineralisation with results from our 2021 field program highlighting 59.2% U3O8.

“The focus is to target various geological features in and around the S-Zone to locate mineralisation at depth.”

He added that with major economies looking to nuclear energy as a low carbon solution, demand is expected to grow and positively impact on the future price of uranium.

This is highlighted by China announcing late last year that it will spend US$440bn to build 150 new reactors, France and Britain flagging their intention to also build more reactors and Japan moving to restart its nuclear power plants. 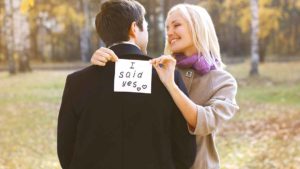