A potential trade war between the US and China heaped pressure on commodity prices late in the quarter.

Hard coking coal took the biggest hit, with the price slipping 25.1 per cent on the previous quarter, followed by the iron ore price with a 15.1 per cent drop.

“In the other key base metals, copper was also lower through the quarter, despite fundamentals remaining attractive, while nickel prices were boosted by market tightness and more broadly, the EV [electric vehicle] thematic.”

“Overall, the softer pricing environment – coupled with broader sentiment towards commodities against the macro/trade backdrop – tended to weigh on equities,” Mr Hissey said.

Of the companies that RBC follows, it was mostly the larger players that saw a dip in share price, with gold producer Newcrest Mining (ASX:NCM) wiping off 14.3 per cent.

“We are not expecting any outstanding items of news flow with the quarterly results, though highlight that the March quarter is typically softer from a seasonality standpoint,” Mr Hissey said. 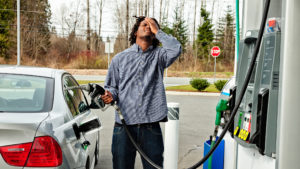