Adavale is moving ahead with Kabanga Jirani. Pic: via Getty Images

Adavale continues to progress its Kabanga Jirani project in Tanzania with chairman Grant Pierce currently in the country for an extended operational and stakeholder engagement visit.

Pierce will update government officials on the company’s exploration activities and progress through a site visit in the regional location of the gravity surveys and help prepare for the logistics to support future ongoing activities.

Adavale Resources (ASX:ADD) has also been granted a new exploration licence that adjoins Target 21 in the southern priority exploration corridor, taking the total area covered by the Kabanga Jirani project up to 1,265sqkm.

The company had previously intersected a large mafic body below a strong gravity feature at T21, which is on the boundary with the new licence.

“It’s great to be on the ground and reconnecting in person with our exploration team, our government stakeholders and business partners following the two-year closure of Australian borders,” Pierce noted.

The current gravity survey will be extended to include the newly granted licence.

Kabanga Jirani is next door to the Kabanga Nickel project, the world’s largest undeveloped nickel sulphide mine which recently secured the backing of mining giant BHP.

The initial licences were selected based on their strong geochemical and geophysical signatures from previous exploration undertaken by BHP.

This includes the intersection of 248m of fine-grain disseminated sulphides at Target 7.

Gravity anomalies identified by the program will be prioritised for drilling by overlaying soil sample and electromagnetic (EM) survey data. 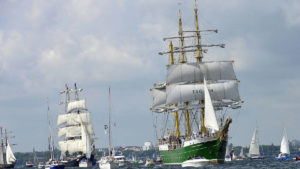