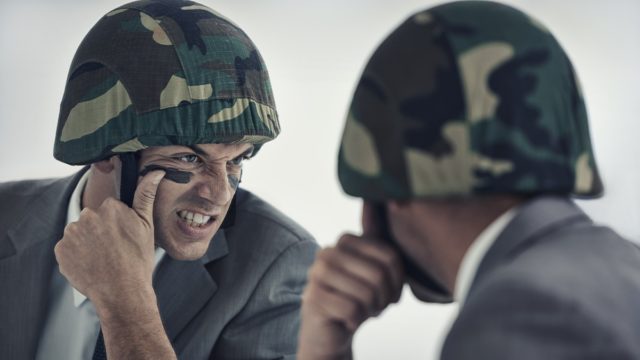 It was a week thin on data but hard on reality as investors shrank from the intensifying firefight between global central banks and the ethereal enemy of inflation and its new and terrible ally, economic recession.

But after small caps gave up more than 10% over two terrible weeks, markets were probably due for a little pick-me-up. And right from Monday, give or take an IPO or two – they did managed to stabilise.

US shares are up just over 3% this week, while the broader All Ordinaries index here at home is ahead by a modest but welcome 1% with the real estate sector and some of the larger health names carrying the can. Tech will come out ok. But that sector is mad, dark and brutal world which makes about as much sense as it does dollars.

Global central banks continued to raise rates but not in the ohmigod look out he’s got a knife! style reminiscent of the fed or our own less reserved than previously expected RBA. Speaking of insanity, the RBA released the hours of the June Board meeting on Tuesday. Interestingly, at the same time, Governor Philip Lowe provided a feint by delivering a speech at the AmCham in Sydney. A classic pincer movement right out of Sun Tzu which divided attention on the RBA’s own divided attention on inflation and monetary policy.

The long and short of it – carved in Lowe’s heart of stone – is that there’s no looking back now and cash rates are going to keep rising, but the trajectory could be acute, obtuse or reflexive like we’ve been getting.

For now consensus is constellating around another 75 basis point whack at the July Board meeting, although CBA’s Stephen Wu expects the RBA’s most likely next move to be a 50 basis point increase.

Meanwhile, we’ve squandered not only the goodwill of a kind and benevolent regional overlord, but now it turns out we’ve also lost over $1 billion in Chinese investment. The latest collaboration between, KPMG and the University of Sydney Business School, showing (in the meekest purple available) that Chinese Outbound Direct Investment (ODI) into this vulnerable isle falling to its lowest level since 2007.

Chart of the week

Me: The Prophet of Profit

Finally, and I don’t want to draw undue attention to myself which is why this is way overdue – I’m like a real-life small cap prophet. I said we’d make up those losses – and 3% ahead on Friday just about squares the ledger this week – as foretold by me several days running, even though I’m not supposed to editorialise, or go off on distracted tangents.

But I do. Not only ‘cos I can, but clearly as The Stockhead’s new Prophet of Profit, I should.

My goodness we’ve been waiting a long time for this one, and considering the build up only a total fizzler would’ve satisfied. And fizzle it did.

Spun out of Firefinch (ASX:FFX) and focused on the ‘Goulamina’ lithium project in Mali, Leo Lithium (ASX:LLL) is in charge of what is expected to be one of the biggest, go-to hard rock lithium mines in the world once it enters production in H1 2024.

The near-term producer was on Thursday providing a litmus test for the entire lithium sector after joining the bourse at 11am – sensible time – following a $100m IPO at $0.70.

LLL subsequently crashed out by about 26% and that was all she wrote.

Because despite the lithium sector going absolutely nuts here on Friday, Leo is still persona non gratis among the in crowd of listed lithium plays.

And it’s not like Goulamina is a dud. It’s highly advanced. Firefinch and buddy buddy JV buddy Ganfeng the world’s largest lithium chemical producer saw to that.

In fact Ganfeng alone is providing the money, the offtake, and all the kit – operational support ‘n such – which just about de-risks the entire development. I’d even go so far as to suggest not only is Goulamina one of the only lithium projects to come online over the next few years, but it’s been cooked to perfection and served up on a silver platter.

Now FFX still retains up to 20% of the de-merged LLL. Its probably nonplussed shareholders will receive an in-specie distribution of shares in the new company at no cost. Which is great, because for now, the new company literally has no cost.

Elsewhere, OD6 Metals (ASX:OD6) listed on the 22nd with an IPO of $8m at $0.20. The rare earth specialist fell on Wednesday and Thursday and came back today to be back where it started and probably wondering why it got on this mad road to nowhere in the first place.

OD6 holds a 100% interest in the Splinter Rock Project and Grass Patch Project  in the Goldfields-Esperance region of WA and are considered prospective for clay rare earth elements (REEs). OD6 wants to delineate and define its economic resources and to develop into a future revenue generating operational mine.

Clay REE deposits are currently economically extracted in China, the dominant world producer and whose government is a notoriously bad sharer.

Only yesterday the payroll, HR and human capital manager that comes to the name of PayGroup (ASX:PYG) found itself the subject of a rather terrific $120 million takeover bid from American startup unicorn Deel.

Deel’s Aussie business wants to snap up and eat PayGroup in an all-cash feast of human resource deliciousness.

Deel wants to pay the group one Aussie dollarbuck for each shiny new share. My mathematicians inform me that is a 175% premium on PYG’s last close of around 36 cents.

Ending the week at 94 cents, we have a standout winner for this week.

On the flop side, enormous choice, but we’re going to have to go with Humm Group (ASX:HUM).

Down 44% since Monday, Humm also lost most of its humm as well as the cream of its Board who were not to outlive the death of their much touted takeover deal with Latitude Financial.

Majority directors Wylie and Muir fell on their swords, while chairman Christine Christian says she’ll go when a fitting replacement is found.