Osteopore delivered strong sales growth and gross margin in Q4, and the lifting of pandemic restrictions will provide the company with strong tailwinds ahead.

Bone healing company Osteopore (ASX:OSX) delivered $310k in revenue for Q4 of CY21, a marked improvement of 70% on Q3 figures.

Despite the significant growth, the company continued to experience lower demand in its key markets of South Korea and Vietnam.

As the current pandemic wave eases however, Osteopore expects revenue to gradually return to pre-COVID levels in those affected countries, with the US and European markets set to lead the rebound.

“We have a fully trained and dedicated sales team expected to drive growth in the near term, and are currently witnessing growing sales momentum as the effects of COVID-19 recede in the USA and Europe,” said Osteopore CEO, Goh Khoon Seng.

Throughout the quarter, the company also focused on improving its gross margin, which has improved to 71% compared to 62% in the same quarter of the previous year.

The improvement is reflective of the sales of higher-value implants, where the manufacturing process is more cost effective.

During the quarter, Osteopore was nominated as the industry lead on a $18.7m project to develop a next generation dental implant technology in Singapore.

OSX was signed up alongside world-leading Singaporean institutions – the Institute of Molecular and Cell Biology (IMCB), the Singapore Institute of Manufacturing Technology (SIMTech), and the National Dental Centre Singapore (NDCS).

The deal will see a collaborative study on the development of the next-generation jaw implants, using Osteopore’s patented biological additives and polymer compounds to enhance bone regeneration capability.

According to a study by Verified Market Research, the dental bone graft and membrane market has an estimated value of $1.26 billion, with the key markets being in the APAC region.

The MoU outlines a plan to validate the results of Singular’s AI design-engine through a comparative study using a dataset provided by Osteopore.

The end purpose is to conduct a comparative study to test and validate the accuracy and efficiency provided by the automated generation of the patient’s cranial implant designs.

In November, Osteopore made a breakthrough in China after being granted a patent for its ‘smart’ 3D biometric scaffolds.

The patent is expected to create several research and development opportunities in the Chinese market and allows Osteopore to tap into local expertise as part of its product innovation process.

The Chinese patent marked an important step in Osteopore’s access to the lucrative market of China, which currently accounts for 18% of the global craniofacial market and is estimated to be worth around $2.2bn.

To qualify, Osteopore’s world-leading regenerative tissue implants will be used by public hospitals  in  the Greater Bay Area, including Hong Kong and Macau.

These ties are also expected to provide OSX with lucrative commercial opportunities in a region that accounts for almost one fifth of the entire global craniofacial market.

As vaccination rates continue to improve, medical trade shows are starting to be held in-person, which will help the company engage better with healthcare decision makers.

And as restrictions loosen, there will be increased access to hospitals and surgeons in its key markets.

A fully dedicated sales team has been put together and made ready to take advantage of a significant backlog of elective surgeries which have so far been disrupted by the pandemic.

“The board and management are very focussed on driving sales back to and above the 2020 trend through engagement with existing and new distributors,” says Osteopore’s chairman Mark Leong, who joined the company in August last year as part of the company’s board renewal.

“We will also be exploring opportunities to secure other direct sales revenues,” Leong said. 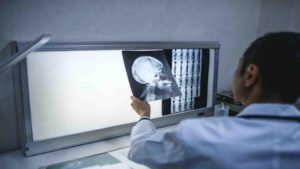