Billionaire Walker just took another big stake in Next Science

Billionaire property developer Lang Walker is adding to his stake in Next Science (ASX:NXS) as the bacteria-fighting company looks to commercialise its surgical rinse product XPerience.

Walker has committed to buying $2 million in shares at $1.20, as the company launches a $15 million capital raising.

“I am delighted to have received strong support from shareholders including Mr Lang Walker who is a long term supporter of Next Science,” Next Science managing director Judith Mitchell said.

“I see their commitment as a strong endorsement of XPerience’s potential as a game-changing opportunity for Next Science.”

The other elements of the capital raising are an $8 million institutional placement underwritten by Canaccord Genuity at $1.20 a share, and a share purchase plan to raise up to $5 million at the lower offer of $1.20 a share or a two per cent discount to their recent trading price.

The product is a sterile solution that, unlike existing products, could be left in the surgical cavity post rinse. It is exceptionally effective against all known pathogens, Next Science says.

The US Food and Drug Administration told Next Science last week it wants another animal study and laboratory test before it registers the product as a medical device.

Next Science said it already has the tests in motion and expects they will be completed by November, meaning the product could be launched in the US in the first half of next year.

As previously reported, Next Science is working on several different anti-bacteria product rollouts. The company listed on the ASX in April 2019 and its shares traded as high as $4 that July, but they have thus far had a forgettable performance in 2020. 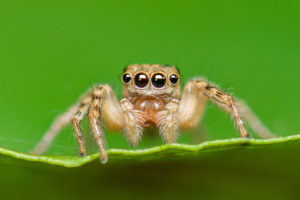