And in the next fortnight, 747 is not just one of Boeing’s most iconic planes. It the number of millions of ASX small cap shares being released from escrow.

Two companies have extraordinarily high proportions of their shares coming out of escrow: G Medical (ASX:GMV) and Zoono (ASX:ZNO).

The vast majority of Zoono’s issued shares are now available for trading; only 300,000 remain in escrow, due out on 15 March 2021.

Euro Manganese (ASX:EMN) has 1.5 million shares coming out of escrow on May 9 but they are not being quoted on the ASX.

“The company confirms some or all of these securities may be quoted on the Toronto Stock Venture Exchange.”

Moho Resources (ASX:MOH) is releasing its escrowed shares in tranches. The date listed in the table below is the date the final tranche will be released.

Alan Dixon and David Evans, founders of Evans Dixon, have said they won’t sell the 21.2 million shares they own until at least 2022, which make up a proportion of the 51.2 million the company has coming out escrow.

The company’s staff owns the bulk of the remaining escrowed shares. 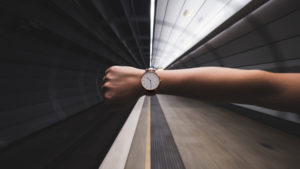